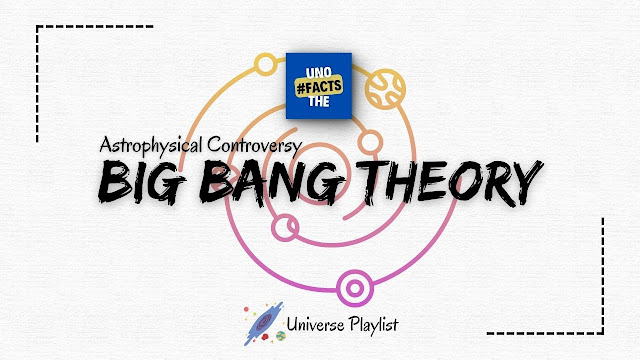 The Universe is about 14 billion years old. At its beginning, it looked empty, not like it does today, but it existed back then in some form. There was no stars, galaxies, or planet, not even space. It all started with a big bang, a kind of explosion, that not only went on to produce all matter in the universe but also the start of time.

The matter that makes up everything that does not exist was concentrated in a single extremely dense point known as a singularity.

The forces of gravity on a singularity affected the fabric of the spacetime curve itself. But this primordial singularity escaped when an instant if the big bang occurred. Big bang, an astrophysical theory, complex with sophisticated calculations.

The term was under confusion and coined in the 1950s by British astronomer Fred Hoyle, a supporter of a theory that the universe is a steady-state, making it seem as if the event that unleashed all the energy of the universe almost 14 billion years was an explosion.

But astrophysicists thought differently than the Big bang was an instantaneous expansion creating nuclear reactions and producing protons, electrons, and neutrons forming the structure of matter today. A ratio that can be seen in the universe's oldest stars right now. Over the course of billions of years, the universe formed.

Almost five billion years ago, a star explosion produced our solar system and the Earth that we know today. The universe today is just a quarter of helium and a 3-quarters of hydrogen.

The scientific accounts of the universe still are being written and refined.

The universe provides some concrete support for the big bang theory in the form of cosmic background radiation. Investigations currently underway raise a lot of questions about an eventual end.

We started a new youtube channel. Uno the Facts