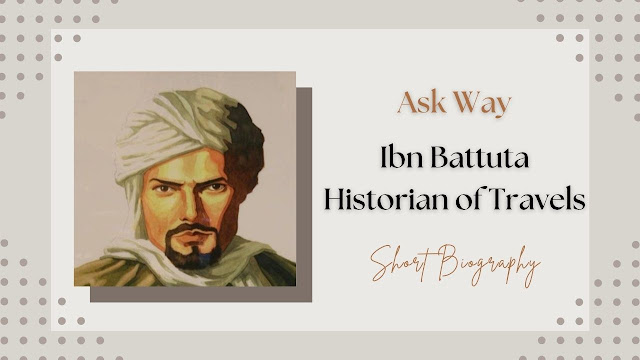 The Rihlah, one of the most well-known travel books, was written by Ibn Battuta, the greatest Muslim traveler of the Middle Ages (Travels). His famous works detail his enormous journeys, which spanned nearly all of the Muslim countries as well as China and Sumatra across a distance of over 75,000 miles (120,000 km) (now part of Indonesia).

Ibn Battuta (1304-1369), one of the most accomplished Arab historian-geographers of the Middle Ages, traveled the most distance. His numerous voyages gave him the moniker "Traveler of Islam." His 29-year journey started in 1325, when, at the age of 21, he made the 3,000-mile pilgrimage to Mecca in the Arabian Peninsula from his birthplace in western Africa's Morocco.

His restlessness kept him on the move across the continents of Asia, Africa, and Europe for most of the rest of his life. He covered 75,000 miles in all, which is three times Marco Polo's journey. One of the best sources for early cultural geography is the account of his travels, Rihloh, or Travels.